Nigerian male barbie, Bobrisky has taken to Instagram to brag that he rented a whole cinema to watch coming to America 2. 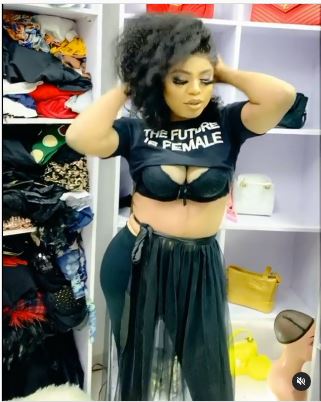 Controversial Nigerian crossdresser, Bobriksy has revealed that he rented an entire cinema just to watch Coming to America 2.

According to him, he rented the whole cinema because he wants his privacy.

Bobrisky who shared this with his over three million followers on Instagram, tagged the act “some big girl shit”.

“I rented a whole full cinema to go watch COMING 2 AMERICA. I wanted my full privacy. That some big girl shit but I fine sha. Na me go kill my guy.”

This is is not the first time the internet celebrity would brag about his extravagant lifestyle on social media.

The self acclaimed “Nigerian Barbie” shared a screenshot of his airtime and data balance notification. From the photo, he had N148k worth of unused airtime on his mobile phone. 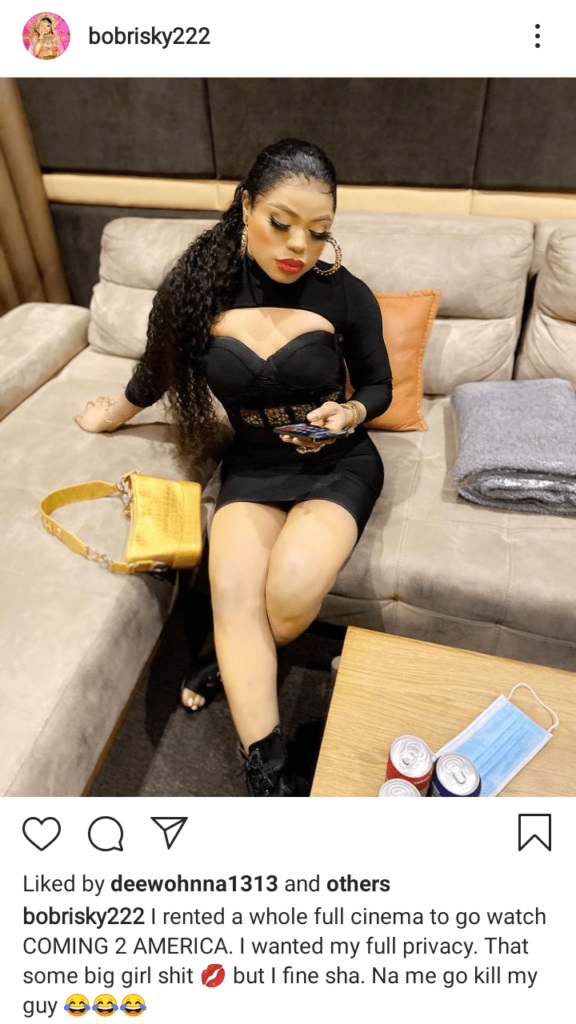 Related Topics
10-Year-Old Boy Becomes The Youngest King In Anambra (Photos)
“I Rented an Entire Cinema to Watch COMING to AMERICA 2” – Bobrisky Brags
Four Reasons To Still Wear A Mask — Even After Getting COVID-19 Vaccine Shot
Nigerians Denied Visa Due to Trump's Ban Can Reapply Now - US
Photo Of Lagos Governor, Sanwo-Olu Publicly Receiving The COVID-19 Vaccine, As He Debunks Side Effects
How A Fake DSS Officer Defrauded Victim Of N720K While Pretending To Help Release Him From Custody
See 10 Suspected Yahoo Boys Arrested in Port Harcourt (Photo)

an hour and 2 minutes ago