Panic As Gunmen Attack Yet Another Police Station In Imo
David on 13 Apr, 2021 with 90 The police spokesperson in the state, Orlando Ikeokwu, according to the Punch report, said the gunmen injured a police officer and set ablaze files. 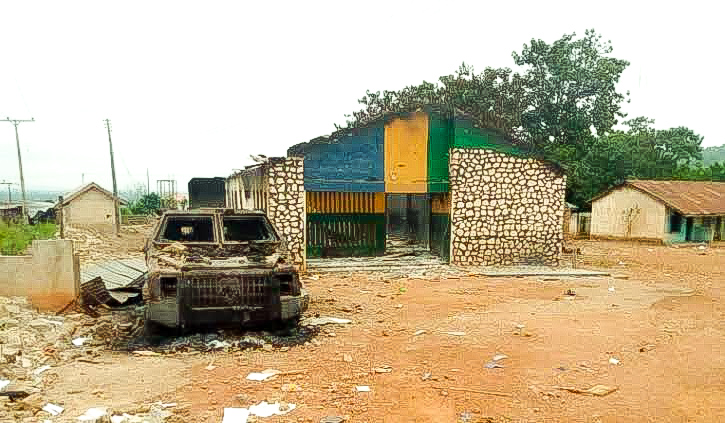 According to a report by PREMIUM TIMES, some gunmen have yet again attacked another police station in Imo State, Nigeria’s South-east.

The police, according to a report by the Punch newspaper, have confirmed the attack which took place on Saturday against Isiala Mbano Divisional Police Headquarters in Umuelemai.

The police spokesperson in the state, Orlando Ikeokwu, according to the Punch report, said the gunmen injured a police officer and set ablaze files.

“On arrival, they headed to the division’s armoury and unable to find any rifle, they set all the files there ablaze.

“The station was not completely burnt down. Only one policeman sustained gunshot injuries and he was rushed to a hospital,” Mr Ikeokwu, a superintendent of police, said.

The spokesperson said the police were investigating the incident.

Punch reported that the gunmen had cordoned off the road before the attack.

This is the second attack in less than a month against police facilities in Imo State. Some unknown gunmen, in February, razed the Aboh Mbaise Divisional Police Station in the state.

Some police officers have been killed and police facilities destroyed by gunmen who cart away rifles in similar attacks around the South-east and South-south regions, giving the impression that the attacks may have been coordinated.